Clive Bailey & John Rose are representing Great Britan in the 60th Gordon Bennett Gas Balloon Race. It ia an amazing race where 30 teams will compete to fly the longest distance from the starting point in Gladbech, Germany. The Balloons are the ‘old style” gas balloons filled with hydrogen or helium and use sand as ballast which they let over the side to enable the balloon to ascend and they can vent some gas to allow it to descend. The race will start on September 15th 2016.

The race itself can be followed by the live tracking of the balloons and is very exciting to follow as it is a race of great tactics like a game of poker in the sky!
More details soon as preparations get under way! 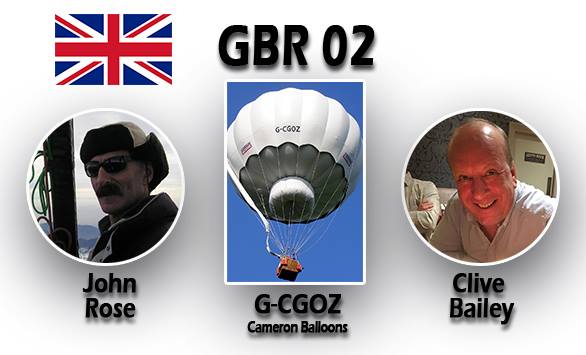