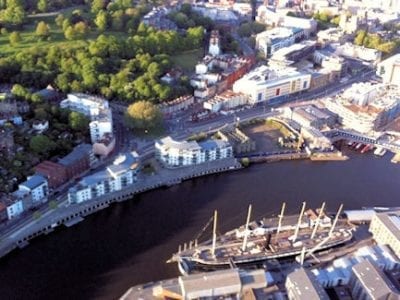 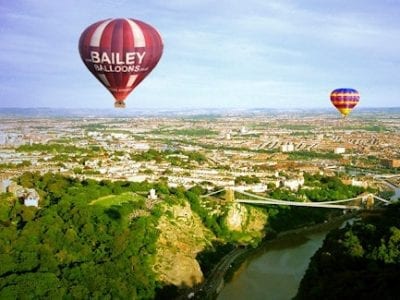 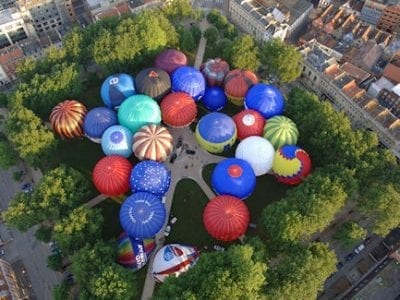 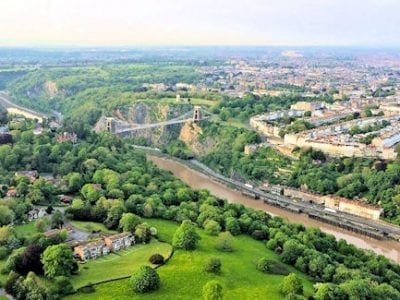 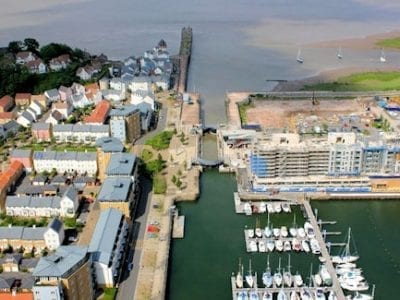 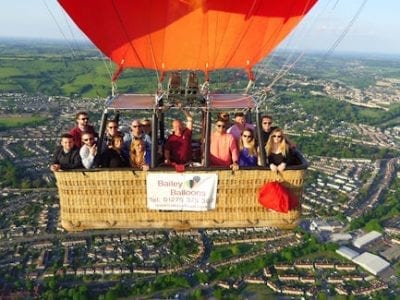 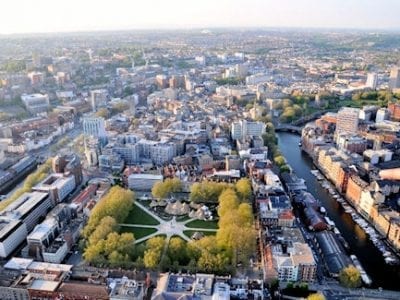 Make Memories - Give the Gift of Flight

Give the gift of flight!

Come ballooning with us and take a hot air balloon flight over Bristol and enjoy the stunning views. Bailey Balloons is an award winning company and has many repeat passengers. Your magical Bristol hot air balloon ride experience with Bailey Balloons could begin at the historic Ashton Court Estate, located just outside central Bristol offering breath-taking views of the city even before your feet have left the ground!

The impressive Ashton Court mansion house is surrounded by 850 acres of mixed woodland and a deer park, which has been in existence for over 600 years! A view, which can be truly appreciated gradually, whilst gently floating above in a hot air balloon. This carefully selected site has been chosen to guarantee awe-inspiring views no matter which direction you drift. Ashton Court Estate is home to some of Bristol’s most prestigious outdoor events, including; The Bristol Community Festival, The International Festival of Kite and Air Creations and of course the world famous Bristol International Balloon Fiesta. The Bristol Balloon Fiesta is a four-day festival of fun and flying with a non-stop carnival atmosphere attracting 500,000 visitors each year. Beginning bright and early with a breath-taking mass ascent, seeing 130 hot air balloons take to the sky side-by-side and coming to a close with a magical Night Glow. If you are interested in flying with us from the Bristol Balloon Fiesta.

Within a matter of seconds after taking off from the picturesque scenery of the historic estate, you will be, quite literally blown away by the inspiring views before, or even below you! As you float gently aloft, you will view some of Bristol’s well-known landmarks from an entirely new perspective. These could include The Clifton Suspension Bridge, which is the symbol of the city of Bristol, spanning the beautiful Avon Gorge and from a hot air balloon, can be appreciated from a completely new angle. Brunel’s Clifton Suspension Bridge, a grade I listed structure, which has attracted worldwide visitors for almost 150 years. You can book a balloon flight Online or call us on 01275 375300.

As you fly over the historic Bristol Docks you may also see Brunel’s equally impressive SS Great Britain, the world’s most exciting and accessible historic ship. The SS Great Britain was launched in 1843 to provide luxury travel to New York and Australia before being sold to the Faulkland Islands, but has been safely returned to its Bristol home since 1970. Alongside, when not sailing, the Matthew is moored up which is a replica of John Cabot’s famous ship and its journey to Newfoundland 500 years ago. You also may glimpse the Wills Memorial Building of the University of Bristol, which was one of the last Gothic buildings in England situated at the top of Park Street. If you are lucky you may have your hot air balloon ride during the EDF Energy Bristol Harbourside Festival which takes places every August with 100s of boats and many family attractions including four music stages, circus & street theatre. Views of the beautiful houses of Clifton and the Cabot Tower can be seen which stands at 32.4m (100 ft) high. The tower commemorates the explorer, John Cabot’s voyage to America in 1497 and was built in 1897. Then, with the wind as your guide, your Bristol hot air balloon ride may take you over Temple Meads station, which was also built by Brunel as the passenger terminal for Paddington to Bristol, Great Western Railway or the stunning St Mary Redcliffe Church, or Bristol Cathedral… Or in another direction you may be startled by the sound of lions roaring and monkeys calling, but don’t worry you will just be seeing some of the exotic inhabitants of Bristol Zoo Gardens. Our Bristol hot air balloon rides may also give you a chance to have a spectacular view of two of the other famous West Country bridges, the Severn Bridge and the new Severn Crossing and on a clear day you may even see over to the Welsh Hills. Occasionally you might be lucky to have a bird’s eye view of Tyntesfield House, Wraxall which is a spectacular Victorian country house and estate recently saved by the National Trust.

The wind could take your flight in any direction, but you can rest assured in the knowledge that a launch from any of our specially selected sites, Bailey Balloons can guarantee breathtaking scenery and an album full of magical memories. Each balloon flight is unique and the landing site is carefully decided by the Pilot during the flight. 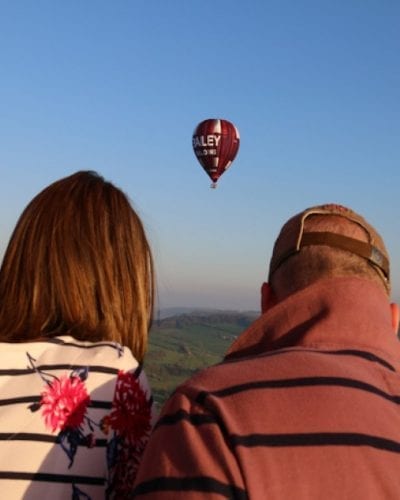 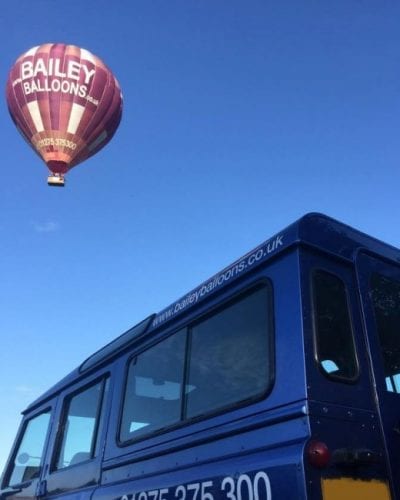 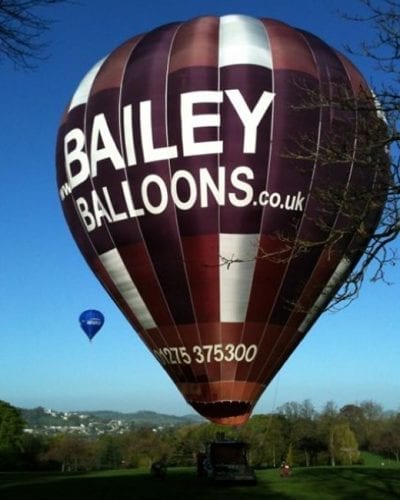 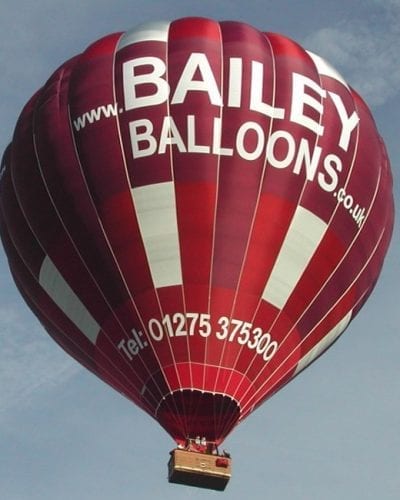 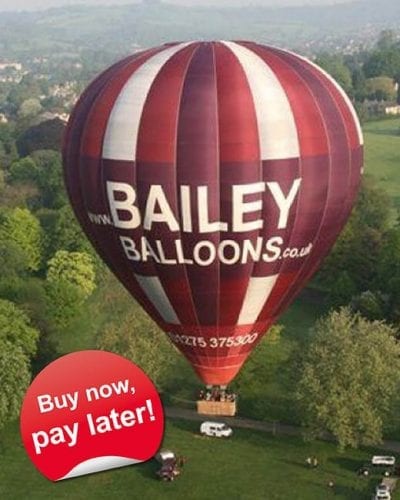 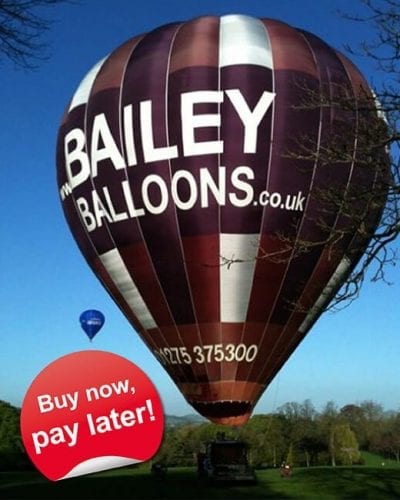