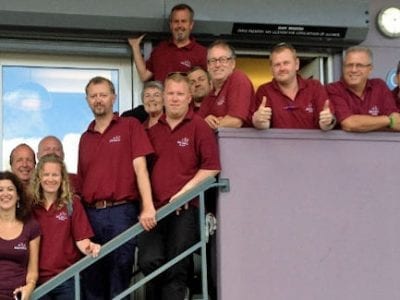 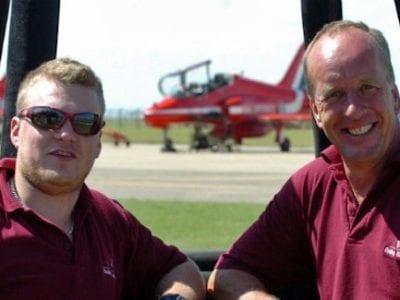 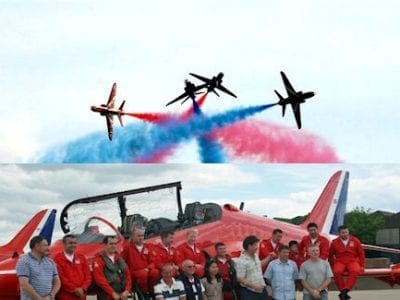 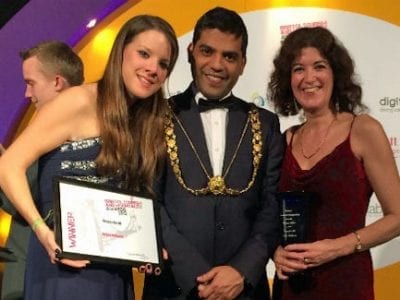 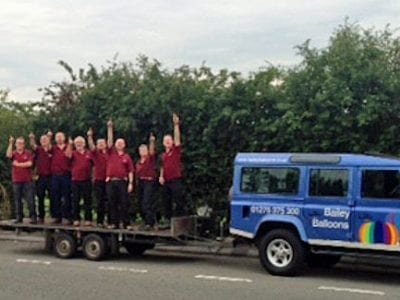 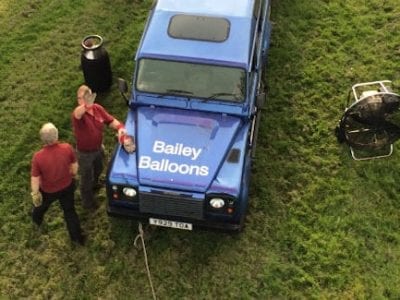 Experience the world from the sky

All of our pilots are extremely experienced. They are all fully qualified commercial pilots who operate under the similar strict codes of conduct and regulations of the Civil Aviation Authority (CAA) that commercial airline pilots are governed by. To become a commercial pilot, they have to first fly and take written and practical exams to obtain a private pilot’s licence (PPL) then after lots of flying experience and studying, take much harder written and practical exams to obtain their commercial licence. Every year they have to pass a practical flying examination under a CAA approved examiner and also have a regular class 2 medical. All of our pilots, as you can see from their very brief (and modest) CVs have a great passion for ballooning that has coloured their lives. 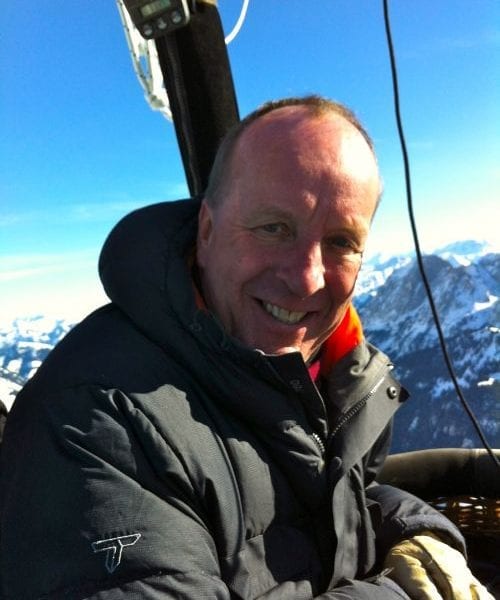 Clive was born into an aviation family; his father was a flight test engineer with British Aerospace and later Sales Engineering Director for Concorde.

Building model aircrafts from the age of 6, Clive obtained his gliders licence at 18. After full-time education he decided to go down instead of up and trained as a commercial diver. At nineteen worked in the Middle East for several years on oil rigs and then spent a further 3 years in the North Sea, specialising in life support systems.

At 26 he joined the motor trade as a General Manager for a Ford Dealership, obtaining his hot air balloon licence at 29 and operating the Ford Dealership Balloon.

Clive set up Bailey Balloons in 1994 with his wife Jo, also a Commercial balloon pilot, one of four women in the U.K. to fly the larger balloons, and both are qualified instructors. Clive proposed to Jo at 8,000 feet over Bath and they left their wedding by balloon.

Clive has flown balloons all over Europe, the Middle East, the United States and Africa. He is the first European to fly balloons in Iran where he also trained their first balloon pilots. Clive holds the altitude record from the Bristol International Balloon Fiesta when he flew his balloon up to 22,5000 in 1994. Jo accompanied Clive as his co-pilot.

Clive also loves planning and executing ballooning stunts, including Flying stuntman and balloon pilot Ian Ashpole on top of the Discovery Channel balloon, flying two balloons attached together by a tight rope and having fellow pilot Mike Howard walk between the balloons blindfolded at 3,500 feet. 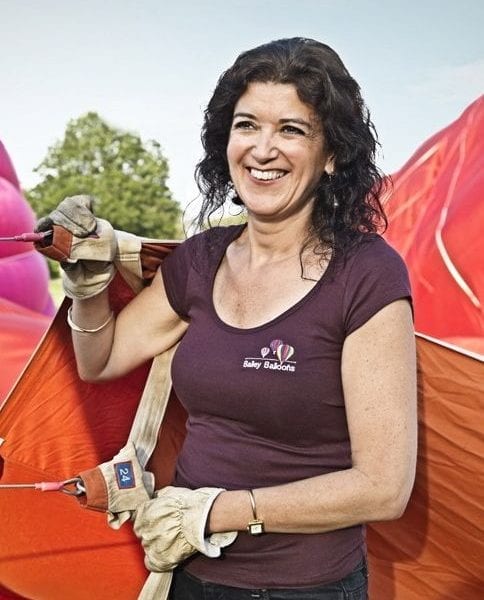 There are only a few female commercial balloon pilots and Jo is one of them. Clive taught her to fly before they were married. Jo has flown in different countries around the world including Bulgaria, Poland, Qatar, Switzerland, France, and Italy. Her expertise is with special projects, clients and the media. With her attention to detail and innovative ideas she will always ensure that the project is successful.

Jo has built an impressive portfolio of media contacts since her and Clive began Bailey Balloons and Jo is always heavily involved with media and press relations for all of the stunts.

Jo’s most memorable flights are being proposed to in a balloon at 8,000 feet over Bath and flying from Thornbury Castle on her and Clive’s wedding day. One of Jo’s most memorable landings was in a huge field of tomato plants in Bulgaria with Phil Dunnington with all the local villagers coming out and helping us pack the balloon away!

She was the stunt woman flying a one person hopper balloon in Canada filming for the Land Rover Freelander Advert. Watch it here https://www.youtube.com/watch?v=soMZN_EArw8 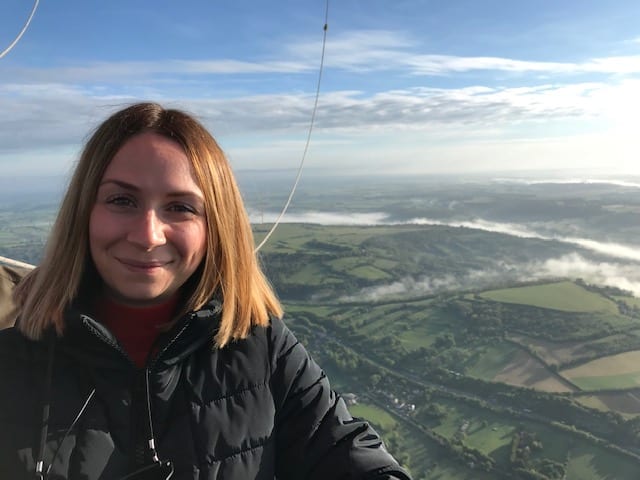 Charlotte Huxtable is our Office manager and she ensures that everything runs smoothly and efficiently. She has extensive knowledge of running offices and local businesses in the leisure industry.

Charlotte comes from Wales and was brought up in Swansea, then moved to Bristol in 2014. She loves spending her time eating the gorgeous food in restaurants in Bristol and the surrounding areas. She loves attending Ketttle Bell classes a few times a week and so she is of great help shifting heavy boxes around the office! She enjoys travelling to far flung places, anything from New Zealand to Glastonbury and has become a passionate balloonist!

Meet Our Other Balloon Pilots... 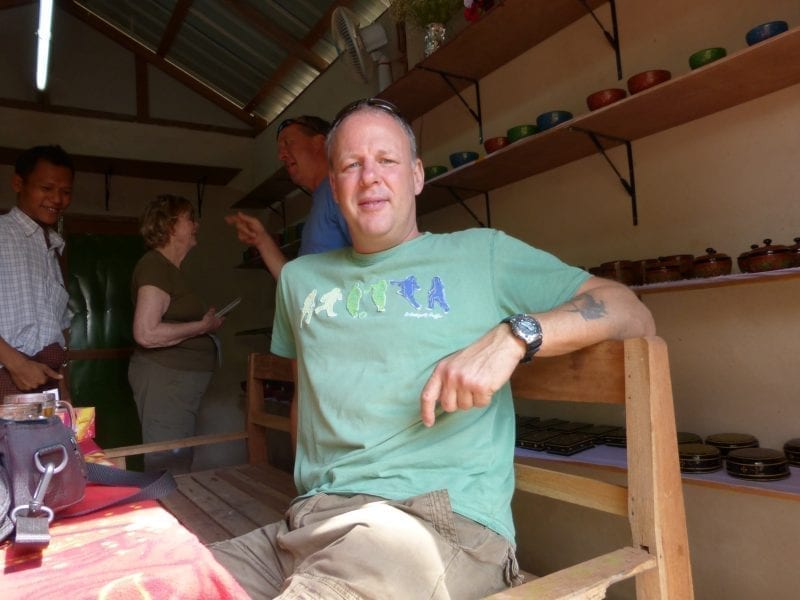 Mike has been flying for over 20 years but he has grown up with ballooning as his father, who taught him to fly, was a hot air balloon pilot. Mike lives in Somerset with his partner and children.

He has flown around 2000 times in that time and has been lucky enough to have flown passengers all over the UK as well as the Maasai Mara in Kenya, over the Temples of Bagan in Myanmar, the deserts of Central Australia around Alice Springs and Far North Queensland by the Great Barrier Reef for 6 years.

Mike holds a commercial hot air balloon license in 4 separate countries and will be spending the winter piloting in Myanmar again.

He also piloted a balloon in the world record breaking crossing of the English Channel in 2011. 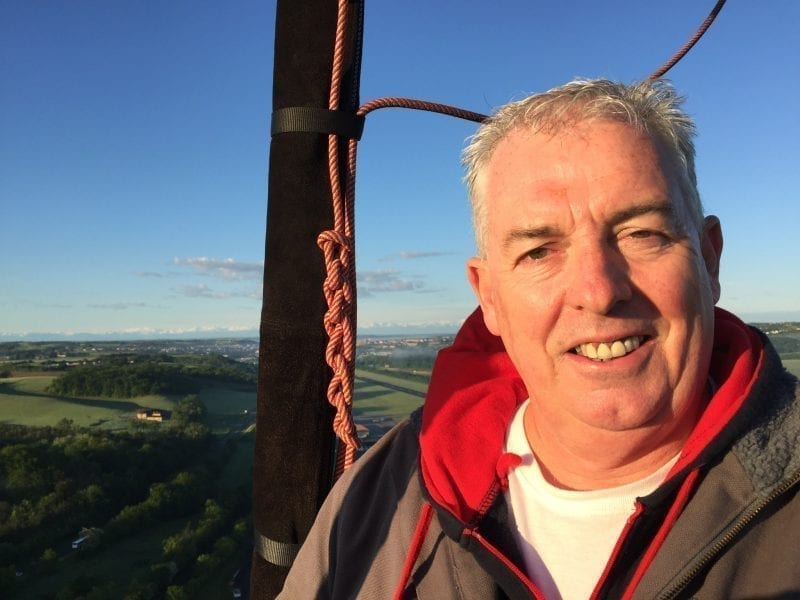 Rick has been involved in Ballooning since 1987 and has made well over 4000 balloon flights in over 100 different balloons. He has also flown in many different countries and has spent his last 6 winters flying in Bagan in Myanmar, South East Asia. He lived in Australia for many years where he operated his own balloon company. It is a family affair with his wife Heather, his sons, Joe and Dan who have all worked as part of the Bailey Balloon team! Rick is a keen motorcyclist and lives in Dorset. 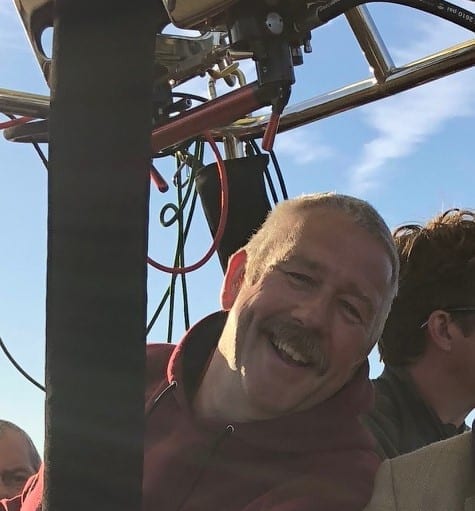 Steve Kinsey has been a balloon pilot for over 38 years! He has flown many special shaped balloons including Rupert and our beautiful tear drop balloon, Belvoir Fruit Farms. He flown in many countries aorund the world and ballooning seems to run in his veins!

He also loves motor bikes and has had many diffrent ones over the years.

Steve lives in Devon and has completley renovated his house as he is a skilled builder. 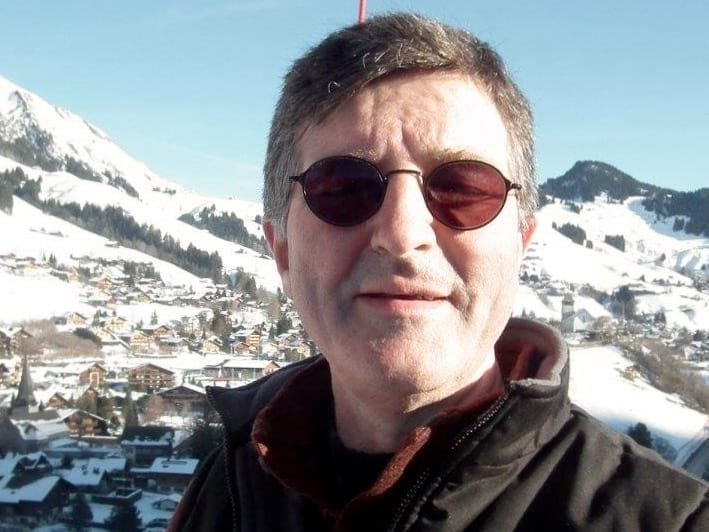 Pete has been flying balloons for 30 years. He has more than 2000 hours flying experience in balloons of all shapes and sizes. He’s a ballooning instructor and examiner and made the maiden flight in a Solar powered balloon at the Bristol Balloon Fiesta. 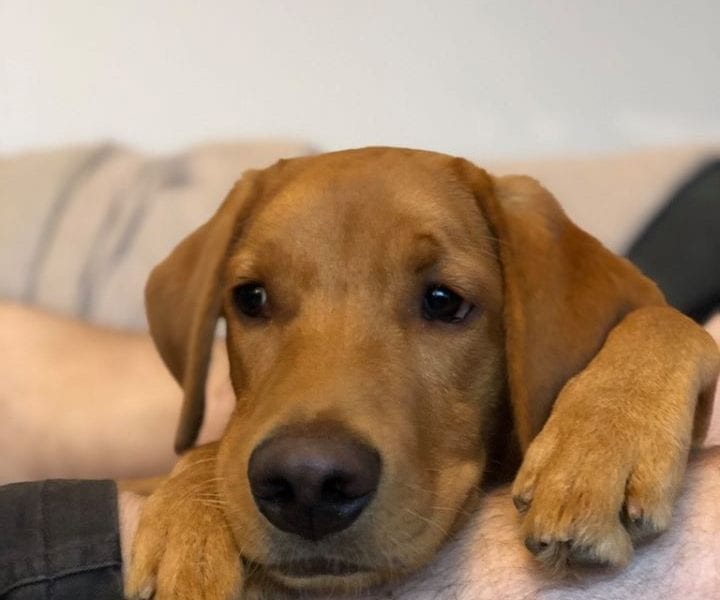 Phil was born in Bristol and has flown in Bristol for many years.
He has loved balloons since he was very young and always wanted to be a commercial balloon pilot.
Phil lives with Becca, his wife and their wonderful dog Scrumpy!
He also runs a very successful First Aid and Fire training business.